A 100-year-old basket weaver from Baclayon received 100,000 pesos on Thursday, November 10, 2022, provided by the Provincial Government of Bohol (PGBh) through the Office of the Provincial Social Welfare and Development (OPSWD)- Bohol.

Patricia L. Baobao, a resident of Brgy. Tanday, Baclayon, received a 100,000 cash gift from OPSWD and two plaques from Governor Erico Aristotle Aumentado and Vice Governor Dionisio Balite, congratulating her for reaching 100 years old. Baobao, known as Lola Tedie by her grandchildren, was born on March 13, 1922, at Brgy. Tanday, Baclayon, where she spent all her life as a traditional basket weaver.

Her grandchildren describe her as a hardworking woman who always does her best to provide for her family. Richard Caoyunan, her grandson, revealed that her grandmother became their mother figure when their biological mother lost contact with them 40 years ago.

“She is very affectionate to us. Our favorite memory of her is that she would always sleep next to us at night, and she was very hands-on in raising us while growing up,” Caoyunan said.

He recalled that Lola Tedie used to catch up with him during his teenage years when he would hang out with his friends at night.

“When we haven’t arrived home, she would walk to the place my friends and I were hanging out to see if I’m okay,” Caoyunan added.

When asked about her secret, Lola Tedie responded that her eating habits are the reason why she’s still healthy at 100.

“I only eat vegetables and fish,” Lola Tedie said.

Lola Tedie is also keen on keeping her traditional basket weaving alive, teaching her children, grandchildren, and great-grandchildren the art of weaving baskets. Basket weaving has been a tradition in her community, and they’ve been practicing it for decades.

“That’s all I know. All my life, what I’ve been doing is weave baskets,” Lola Tedie said.

Her grandson revealed that even at her age, she would still practice weaving, divulging that she was doing it during the pandemic and the first few weeks after typhoon Odette in Brgy. Tanday.

Caoyunan stated they want to keep the tradition alive in their family to honor his grandmother.

OPSWD, with Board Member Nanay Lucille Lagunay, gave the 100,000 cash gift from the Provincial Government of Bohol to Lola Tedie at her house in Baclayon. Through the Republic Act 10868, known as the Centenarians Act of 2016, Filipino Citizens who turn 100 years old and above are honored with additional cash benefits from the National Government and the Provincial Government. Nine centenarians all over Bohol will receive 100,000 pesos individually from November 10 up to November 17, 2022. (GMC) 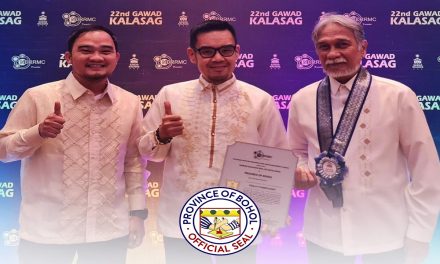 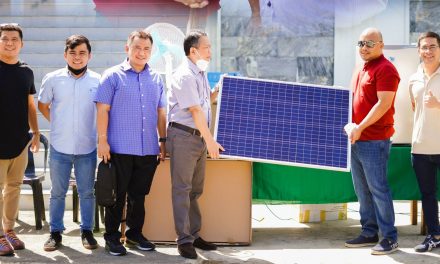 Symbolic Turnover towards creating a renewable power source in Bohol 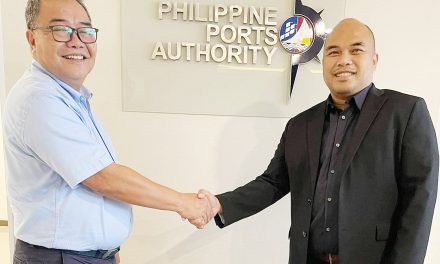