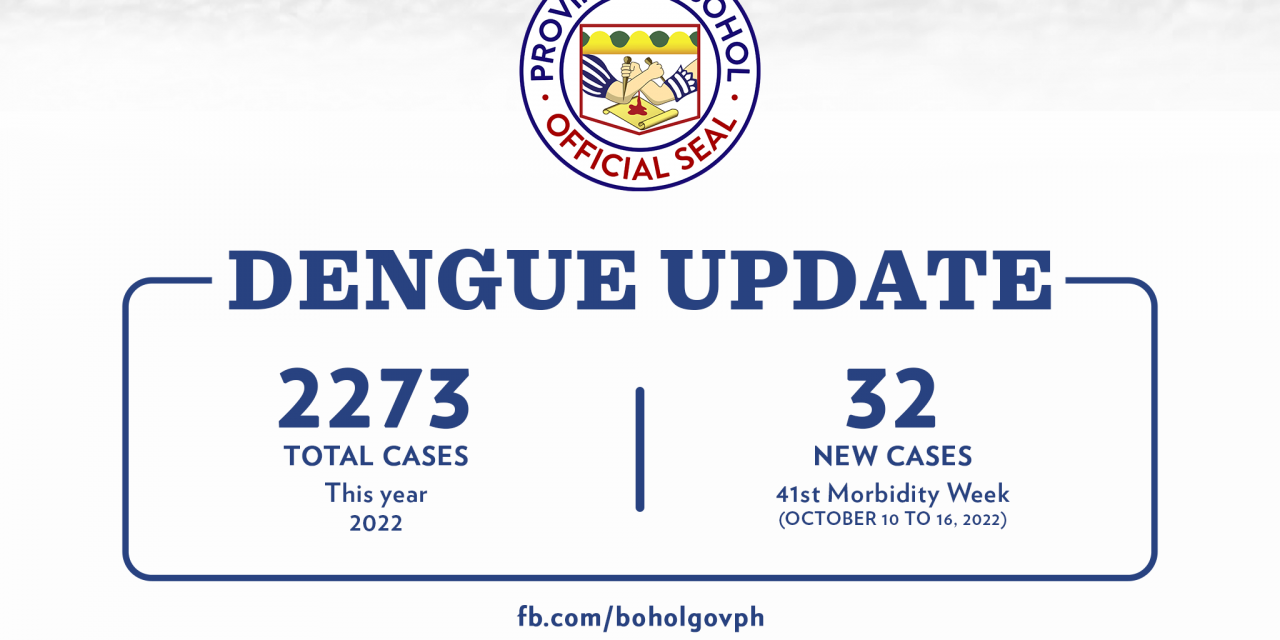 The Province of Bohol records 2272 dengue cases and one death this year, with 32 new cases confirmed for the 41st Morbidity Week from October 10 to October 16, 2022.

According to data provided by the Provincial Epidemiology and Surveillance Unit under the provincial Health Office of Bohol, this year records a 1198.3% uptick in dengue cases compared to last year’s 175 and one death. Ages susceptible to contracting the dengue range from 0 to 82, with 14 years as the median age. The Male population has the highest number of recorded dengue cases (54.93%) compared to their female counterparts, with the 5-10 age group being the most affected by Dengue.

The Provincial Dengue Program coordinator Leonidas Saniel explains that the Department of Health often records an upward trend in dengue cases every three years. PHO assures the public that they are closely coordinating with Rural Health Units by amplifying the National Dengue Prevention and Control Program and the 4S strategy of DOH.

According to Saniel, some Municipalities lack preventive measures in fighting against Dengue, especially in mobilizing the Purok Dengue task forces, Dengue awareness campaigns, lack of political will from Barangay Officials, and adopting the Municipal Dengue Ordinance.

Saniel encourages more municipalities to adopt more strategies against the virus. Suggested approaches include intensive IECs amongst barangays, regular surveillances by purok dengue task forces at least once a week, lobby support from the Department of Interior and Local Government (DILG), and encouraging community vigilance, and mobilizing search and destroy programs. 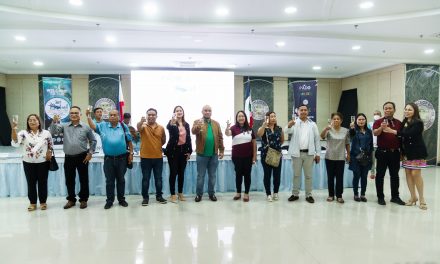 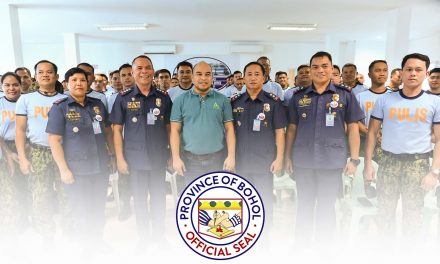 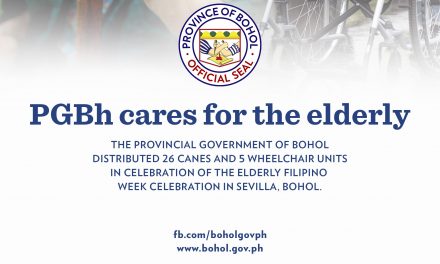 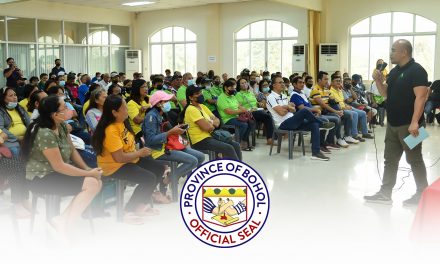